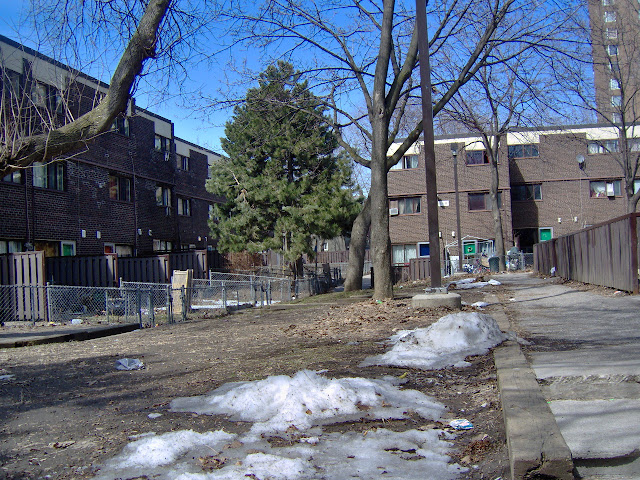 Pelham Park Gardens is a residential complex consisting of 350 apartments in a high-rise apartment building and 103 townhouses. It is a geared-to-income subsidized housing complex in the Old Weston Road and Davenport Road section of west end Toronto, Canada built in the late 1960's. This community has traditionally been home to many immigrants new to Canada, particularly those from the Caribbean and varied African nations. The neighbourhood is a busy area for police, with "various criminal offences" taking place quite frequently. Pelham Park has a high number of school dropouts living in poor families, who residence claim have nothing to do but hang out on the corner and engage in the lucrative drug trade within the complex and the surrounding area as well. This community has had its problems with crime and poverty over the years, and is currently being occupied by a neighbourhood Bloods gang called the Pelham Park Bloods.