The East Side (E/S) Grape Street Watts Crips are a large and long standing African-American street gang founded in the unincorporated community of Watts in South Los Angeles, California. In addition to wearing blue, the Grape Street Watts Crips sport the color purple to sygnify Grape Street, a north-south street in Watts, and 103rd in the heart of their neighborhood. They occupy the Jordan Downs Housing Projects with moat members attending Jordan High School which is located adjacent to the projects. Their territory stretches from 97th Street in the north to 107th Street in the south, between Wilmington Avenue in the west and Alameda in the east. They are the largest Crip neighborhood in Watts at 0.394 square miles and the second overall black gang in the area, 2nd to the Bounty Hunter Bloods. In the beginning, their neighborhood was called "Watts Varrio Grape" (WVG), which included both Mexican and Black members together. When the Mexican members began to align themselves under the Sureños banner, they changed their name to the Watts Varrio Grape Street 13. Despite this occurance, the two gangs remained close allies. The Black gang members went by the "East Side Watts Varrio Grape" but by around 1986/87 the new Black members were known as the "East Side Grape Street Watts Baby Loc Crips". The Grape Street Watts Crips have gained many enemies over the years; their main rivalry being with the Bounty Hunters Watts gang. This rivalry became so bloody and intense that a truce had to be brokered between themselves and other Watts gangs in 1992 [1]. Although this truce helped stem some of the violence between the two gangs, flareups occure from time to time. The Grape Street Crips are still rivals of the Hacienda Village Bloods, the Fruit Town Pirus, Circle City Piru, Be-Bop Watts Bloods, 92 Bishops, PJ Watts Crips, Ten Line Gangster Crips, all East Coast Crips, Fudge Town Mafia Crips, 99 Watts Mafia Crips, Mac Mafia Crips, Blue Gate Mafia Crips, the Compton Avenue Crips, Rollin 60s Neighborhood Crips and Florencia 13. Allies include the Carver Park Compton Crips, Nutty Blocc Compton Crips, Mona Park Compton Crips, Eight Tray Gangster Crips, the Holmes Street Watts Crips, Rollin 30's Harlem Crips, Farm Dog Compton Crips, Acacia Blocc Compton Crips and the Spook Town Compton Crips to name a few. The Grape Street Watts Crips were involved in the negotiation of the ceasefire for the historic Watts gang truce in 1992 [2]. The main gangs involved, the Grape Street Watts Crips, the PJ Watts Crips, the Bounty Hunter Bloods and the Hacienda Village Bloods, used the 1949 Egypt-Israel ceasefire agreement as the basis of their own peace accord, which was put in writing in 1994 and endured for 10 years. 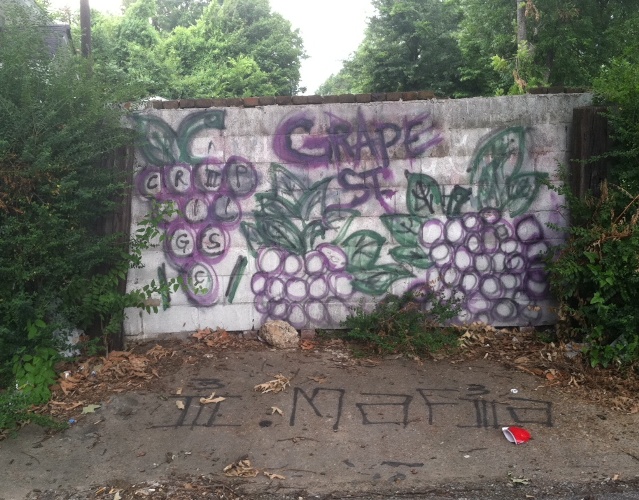