Calgary is the largest city in the province of Alberta, Canada. It is located in the south of the province, in an area of foothills and high plains, approximately 80 km (50 mi) east of the front ranges of the Canadian Rockies. The city is located in the Parkland region of Alberta. Calgary is the third largest civic municipality, by population, in Canada. As of the 2008 civic census, Calgary's population was 1,042,892. The metropolitan population (CMA) was 1,162,310 in 2006, making Greater Calgary the fifth largest census metropolitan area in the country. Because it is located 298 km (185 mi) due south of Edmonton, statisticians define the narrow populated area between these cities as the "Calgary-Edmonton Corridor". Calgary is the largest Canadian metropolitan area between Toronto and Vancouver. A resident of Calgary is known as a Calgarian.

Calgary is well-known as a destination for winter sports and ecotourism with a number of major mountain resorts near the city and metropolitan area. Economic activity in Calgary is mostly centred on the petroleum industry; however, agriculture, tourism, and high-tech industries also contribute to the city's fast economic growth. Calgary holds many major annual festivals which include the Calgary Stampede, the Folk Music Festival, the Lilac Festival, One Yellow Rabbit High Performance Rodeo — Calgary's International Festival of the Arts, Wordfest: Banff-Calgary International Writers Festival, Calgary International Spoken Word Festival, One World Festival (GlobalFest), and the fourth largest Caribbean festival in the country (Carifest). In 1988, Calgary became the first Canadian city to host the Olympic Winter Games, and one of the fastest long track speed skating ice rinks in the world was built at the University of Calgary to accommodate these Games. 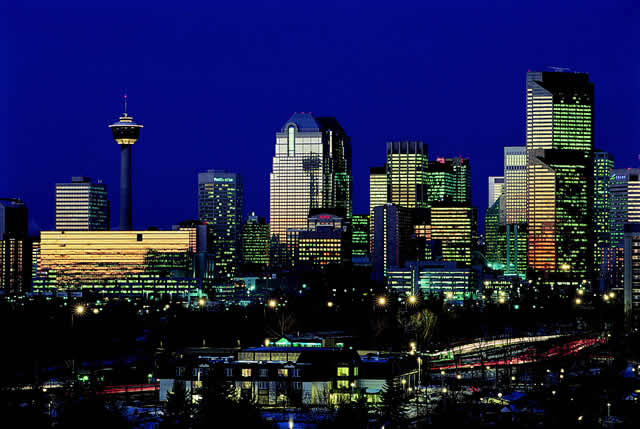