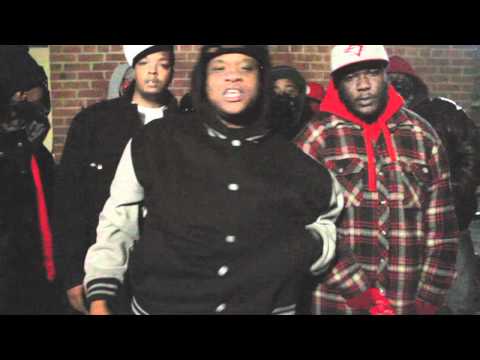 Originating from a public housing complex located on Ardwick Blvd. and Finch Ave. West, the West Side (W/S) Ardwick Blood Crew was revered on the streets as one of the most active street gangs in Toronto's west end, heavily armed and more structured than other gangs. The Ardwick Blood Crew was formed roughly during the early to mid 1990's when other adjective neighbourhoods in north Etobicoke were choosing to adopt the Crips card; particularly those in Rexdale. Those roaming Crip sets began migrating east violently confronting youths from rival neighbourhoods while simultaneously influencing other neighbourhoods into claiming the Rexdale Crips card as well. Young men from the Ardwick housing complex refused to be intimidated by the spread of Crip gang presence, and in defiance, purposely chose to represent the Crips' natural enemy: the Bloods. This occurrence intensified an already strained relationship between youths from Ardwick and Rexdale, resulting in numerous violent clashes between the two groups which, over time, had escalated from fist fights and group swarmings to reckless public display of gun-play. After a few violent encounters, word began to spread that the Ardwick Bloods were prepared to use deadly means to settle their differences with rivals and also to protect their neighbourhood from outside agitators. Their reputation for callous gun play and disregard for the lives of perceived rivals helped solidify their reputation on Toronto streets which they used to further their dominance within the local drug trade. With a heavy police mandate to crack down on gang activity in Ardwick, members ceased the wearing of bandannas and began to wear sports apparel, in particular red Los Angeles Angels baseball caps to symbolize their turf. The Ardwick Bloods are rivals to all neighbourhoods claiming Rexdale Crips, in particular, the Doomstown Rexdale Crips, Stovetop Rexdale Crips and the Tandridge Rexdale Crips. Other rivals include the Up-Top Driftwood Crips, the Five Point Generalz as well as the Dixon City Bloods. Members of the Ardwick Bloods are cliqued up with the VR Troopers and are friendly towards the Pelham Park Bloods as well as the South Side Connection Bloods. On Sept. 15, 2005 the Ardwick Blood Crew were served a crippling blow as a joint police operation dubbed "Project Flicker" netted 34 hardcore members resulting in 197 arrests in total and laid 630 charges -- 169 of them gun-related [1].

Weapons Confiscated During "Project Flicker"; a Police Initiative which targeted the Ardwick Bloods on Sept. 15, 2005.

Gang May be Hiding Murder Suspect

Ardwick Flickers, Then Burns Out