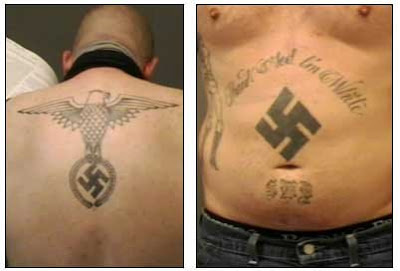 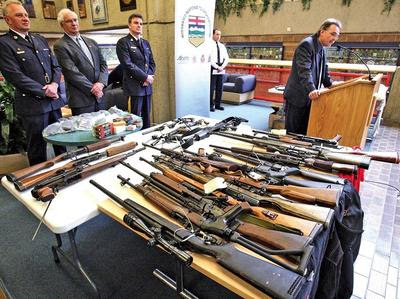 The White Boy Posse are an Edmonton-based white supremacist street gang with ties to the Hell's Angels and cells throughout northern Alberta, Northwest Territories and Saskatchewan, Canada. The White Boy Posse has between 50 and 100 members and is involved in trafficking cocaine and other drugs from Yellowknife to Medicine Hat. It often uses the swastika in tattoos and other gang paraphernalia. Police in Edmonton who have observed the White Boy Posse said being a white supremacist isn't a requirement for being in the gang, but the racist ideology is shared by many of its members and associates. This gang is among others that feed members to more organized criminal networks. In March 2008, police targeted the White Boy Posse in a large investigation called Project Goliath which resulted in 17 arrests over a series of five raids [1]. Their enemies include the Bandidos, Manitoba Warriors, Alberta Warriors, Crazy Dragon Killaz and the Indian Posse. While their name alone, and their association with Nazi symbolism, seems to indicate that they are a die-hard white supremacist group, the White Boy Posse followed the ways of the Hells Angels and recruited the larger Redd Alert gang to continue drug sales at the retail levels in communities, despite their racist ideologies.

These guys are a bunch of high school dropouts who all of a sudden turned racist when they realized they were uncomfortable with themselves and had to turn to take shirtless pictures with each other followed alot of cocksucking. Most of these guys were the type that grew up in townhouses across from safeway with there drunken moms and low life friends. i guess i cant blame half these guys because most of them are so fucking retarded its crazy. get an education your the scum of edmonton. o and i hope you all get ass raped in jail by indians. ps you guys need some more shirtless gut pics. "Const. Brent Dahlseide, one of the main investigators on the case, called the Posse a puppet club of the Hells Angels." see even the cops think your hurting