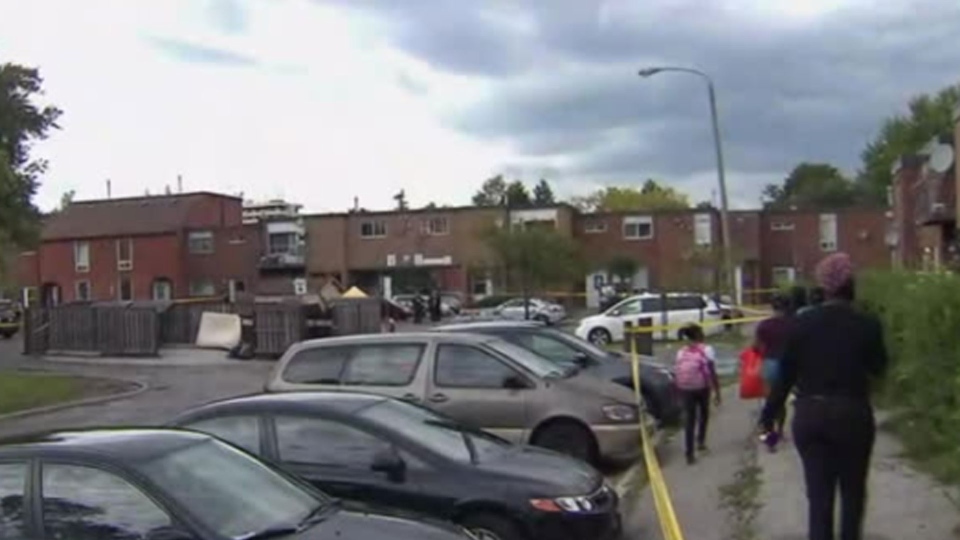 Officially known as Edgeley Village, Shoreham Court is a cluster of aging social houses, detached from the main street, located in the "Up-Top" section of Jane and Finch in the western suburb of North York in Toronto, Ontario, Canada. The Ontario Housing Commission built many public housing units in Jane and Finch during the 1960s and 1970s to accommodate the massive influx of new immigrant families moving to the suburbs. These houses were constructed relatively quickly consisting mainly of high-rise apartments and town-homes. In 2001, the provincial government sold its portion of the public housing to the TCHC. As a result of poor planning and rapid development, there was a great deal of infrastructural problems with the public housing and the buildings began to deteriorate thereby creating poor living conditions. This neighbourhood has experienced a long history of gun violence attributed to gang related activity within the area, which is partially attributed to a notorious street gang called the Up-Top Shoreham Crips. Most residence of Shoreham Court are of African Canadian, Hispanic and South Asian descent living in single parent homes whose total household income is below the national poverty line.

2 In Custody After Shoreham Stabbing

Man Found Not Guilty In 2004 Shooting Death In Shoreham Court

A Heartbreaking Sendoff For The 'Prince of Shoreham'