Markham and Eglinton is an intersection in the east end of Toronto, Canada which surves as the centre of a community known as "Scarborough Village" {one of Scarborough’s early communities}, which is centred around Markham Road and Eglinton Ave. East and include the surrounding area from Lake Ontario to the Highland Creek river and west to McCowan Road. This area has many different races and religions from a number of nations represented including Tamil and Urdu, Canadian and African-Canadians. Markham and Eglinton is chopped into several pieces by large roadways and has an ill-conceived mix of densely clustered high-rise apartments and sprawling bungalows. Over the last few years, youth and drug violence have increased within the area with the emergence of Bloods and Crips sets, but the drug activity around Markham and Eglinton has mainly been controlled by an organized street gang known as the Markham Boyz as well as the MNE Crew. The area is known to be frequented by various Sri Lankan and Tamil street gangs as well. 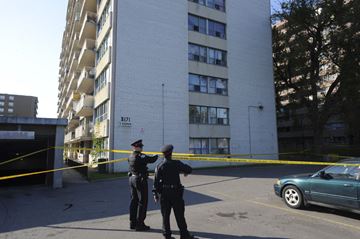 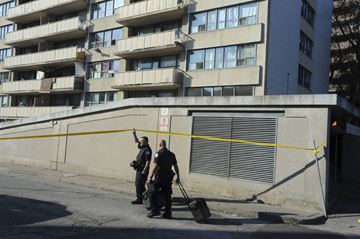