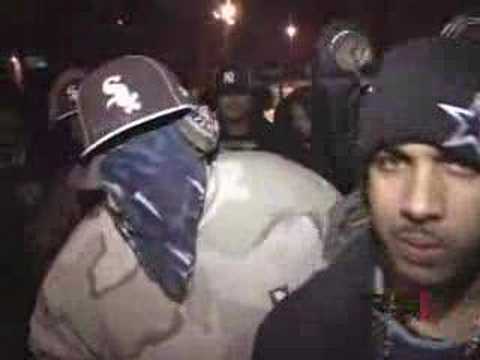 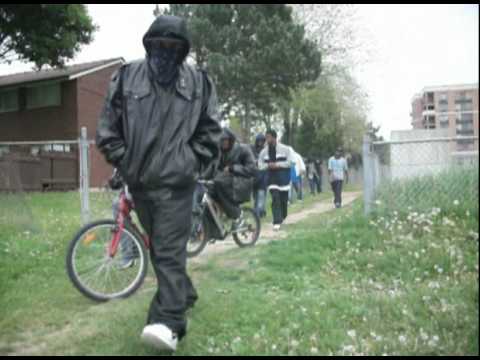 Based in the Jamestown Crescent area of Rexdale, Ontario, Canada, the Jamestown Crew (aka the Doomstown Rexdale Crips or Jamestown Crips) are an African-Canadian street gang who once was regarded by authorities to be one of the most sophisticated and most active street gangs in Toronto's northwest end with a reputation of being callous in regards to gun play. The Jamestown Crew was originally formed in the late 1980's by the children of West Indian immigrants from around the Jamestown Crescent and John Garland community whose parents had arrived in Canada during the late 1960's and early 1970's. Changing demographics, the gradual disappearance of once bountiful factory work in Rexdale plus the emergence of crack cocaine on Toronto streets began to harden disenfranchised youths from the Rexdale area as alliances were being forged and territory being divided. The violence that accompanied the drug trade within Rexdale's social housing made police presence in TCHC owned property such as Jamestown a regular occurrence; rounding up local dealers and undesirables. But with the fall of one crew gave opportunity to a new breed of disenfranchised youth who sought to pick up where their predecessors had left off. These harden, misguided young men adopted the Crips identity around the early 1990's, thus artificially creating the Rexdale Crips card. Soon there after, other neighbourhoods within Rexdale began to adopt the Rexdale Crips card as well. However, the Jamestown Crips have long been regarded by Authorities to be among the largest and most violent gangs in Rexdale, with members and associates ranging in the 100s. The Jamestown Crips have been arch rivals of the Ardwick Blood Crew for over a decade [1] but are also considered enemies of another formidable Rexdale Crips gang called the Mount Olive Crips as well; who they engaged in a decade long bloody battle with starting in August of 2000 [2]. Other rivals include the Up-Top Driftwood Crips (although attempts had been made in the past to align the two feuding gangs, it never came to past [3]), Up-Top Shoreham Crips, the South Side Falstaff Crips, South Side Connection Bloods, The Lanes Crew, the Dixon City Bloods and Chalkfarm Bloods. The Jamestown Crips are cliqued up with the Stovetop Rexdale Crips and are friendly towards the Tandridge Rexdale Crips as well as the O-Blocc Rexdale Crips. Authorities alleged that the Jamestown Crew had links to other U.S criminal entities and gun runners from native reserves in northern Ontario. This gang was implicated in a joint police raid known as "PROJECT XXX" [4]. Members were involved in everything from drug and arms running, fraud, counterfeiting and intimidation through violence.

One Accused Points Finger At The Other In Murder Trial