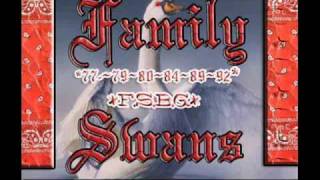 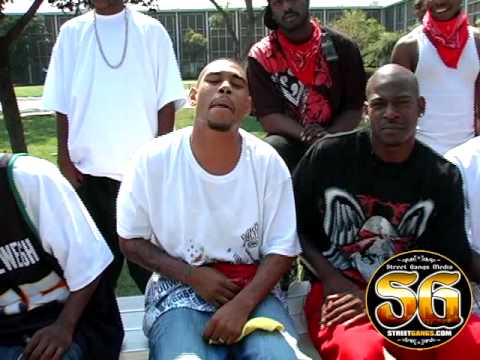 The East Side (E/S) Family Swan Bloods is an umbrella street gang made up of a number of different neighborhoods on the east side of South Los Angeles, California. There are two seperate Blood gangs that have amalgamated to create the Family Swan Bloods: the Mad Swan Bloods, who are located from 77th Street North to 84th Street South and the Neighborhood Family Bloods, who are from 89th Street North to 92nd Street South (aka the "89/92 Families"). This alliance is a result of being surrounded and out numbered by rival Crip gangs. Their territory lies east of the Hard Time Hustler Crips, 84 Main Street Mafia Crips, 87 Gangster Crips, and the 88 Avalon Garden Crips and west of the East Coast Crips as well as the Kitchen Crips. Despite being surrounded by a large list of rival Crip gangs, the Family Swan Bloods have maintained control of their territory for over thirty years through natural brutality and clever alliances. There are a few Latino gangs that coexist within their turf; the biggest of which being the Florencia 13, who haven't followed the trend of claiming "Blood Killer" like 18th Street Gang who are considered enemies of The Swans. Being Bloods, the Family Swan Bloods are rivals to all Crips, in particular the Avalon Gangster Crips, Main Street Mafia Crips, Kitchen Crips and factions of the East Coast Crips. In addition to their Crip rivalries, The Swans have also clashed with fellow Blood gangs in the past such as the Bounty Hunters Watts, Be-Bop Watts Bloods and the Pueblo Bishops Bloods. The Swans rapidly moved across many States and Cities in America, in particular the mid-west and east coast (The Swans have been active in the east coast since the late 1980's). O.G. Puppet Loko and Lanky Blood from 79th Street started the first Mad Swan Blood sub set in Southeast Aurora. From there, Puppet Loko relocated to New York and recruited members. There was also members like Madd Rabbit and Baby Mouse who started a subset in Arizona and K-Glock who started a subset in Texas. Most Family Swan Bloods subset outside of Los Angeles originated from these five members. 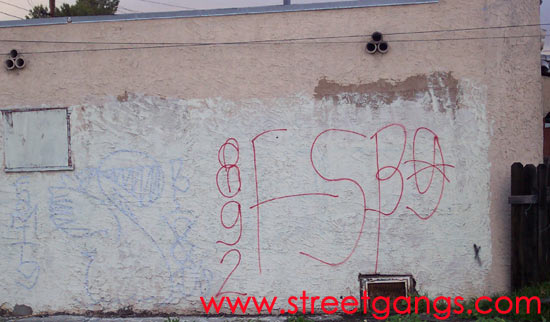 Boys Killing Harkens Back to Troubled Times in LA