Called Morningside Coronation and built in 1968, Danzig is a TCHC owned development near Morningside road and Lawrence Ave. East in the Toronto suburb of Scarborough, Ontario, Canada. This area is where the detached, tidy 1960s bungalows give way to two-storey 101 government-owned townhouses, mostly three- and four-bedroom units. More than 375 tenants live there, many of whom are young and immigrant families. Affectionately referred to as D-Block by area youth, this area is normally peaceful with a strip-mall located within walking distance. Although located within close proximity to the Kingston-Galloway area, this community was not designated as a "priority neighbourhood" by city council. 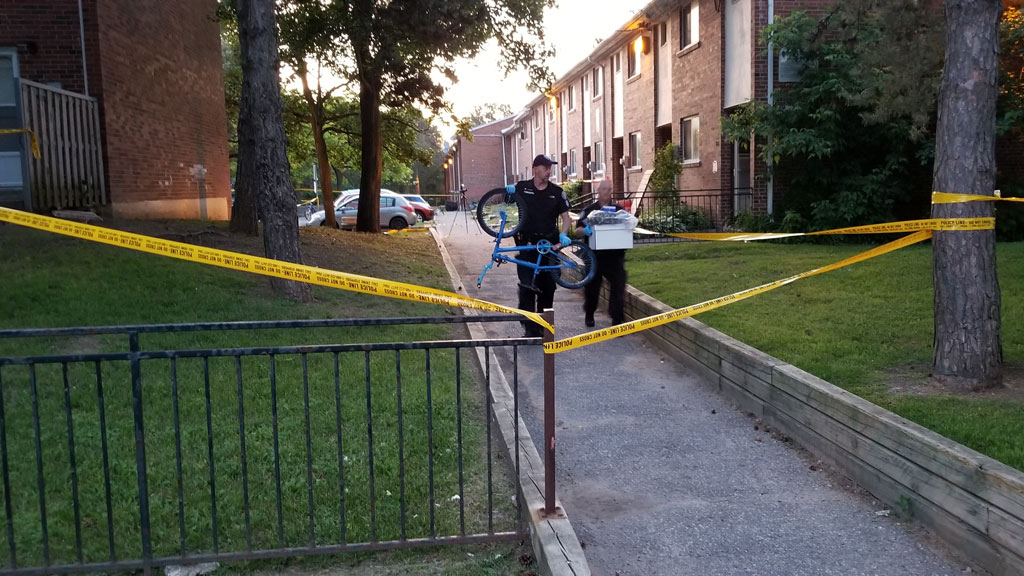