The South Side (S/S) Compton Varrio Tortilla Flats (or SSCVTF 13/CVTF 13) are a Latino street gang founded on Elm Street in Compton,California. They and the Elm Street Pirus territory are locked into each other even with one street split in half belonging to each side. Although both operate under the Sureños, the CVTF consider the Florencia 13 and the South Los 13 as enemies, along with other Hispanic gangs in Compton such as the Compton Varrio 155, Compton Varrio Alondra 13, Compton Varrio Lokos 13, Compton Varrio Largo 36, Compton Varrio 70's and Compton Varrio Segundo. The Tortilla Flats gang are considered rivals of all African American street gangs, in particular, the Elm Street Pirus, Campanella Park Pirus, Fruit Town Pirus, Tree Top Pirus, West Side Pirus, Santana Blocc Compton Crips, Ward Lane Compton Crips, East Coast Crips and the Palmer Blocc Compton Crips). It is believed this gang's beef with the Tree Top Pirus, Elm Street Pirus and Fruit Town Pirus helped spark racial wars between Mexican and African American gang bangers in Compton in 2000 [1]. Their only known allies are the Mexican Mafia and the East Side Primera Flats. This gang also has a branch in East Los Angeles. 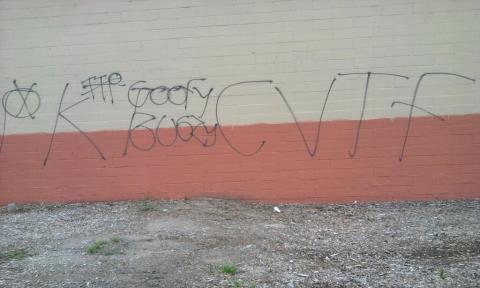