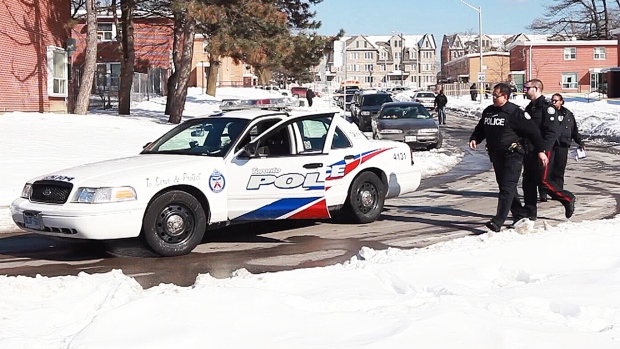 Cataraqui (aka Block 13) was once known as a crime-ridden housing project located on Warden South, in the South-West end of Scarborough, Toronto, Canada, but has since seen a dramatic decrease in crime. Before June 1998, the housing project was referred to as "District 13" before the TCHC named it "Block 13". The people with gifted minds in the community used society's stigma of this area along with the number 13 into something to be proud of, rather than ashamed of, and made the word block an acronym used to define themselves (B.L.O.C.K. = Blacks Looking Out Close as Knots). The TCHC (Toronto Community Housing Corporation) actually posted the Block 13 sign on a building which further solidified the meaning in the hearts of its residents. Many of the people that live in Cataraqui feel that this community had made strides in dealing with strife from various gangs, guns, drugs and prostitution. Over the years the crime in the area has reached an all time low with much needed renovations and improvements done to the complexes within the area. Family Member Speaks Out After Gunshots Fired Into Scarborough Home.

R.I.P BLUNT AKA THE MAYOR