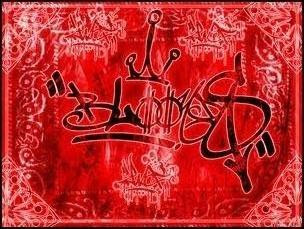 The Bloods gang was formed initially to compete against the influence of the Crips in Los Angeles. The Bloods was started on Piru Street in Compton, California. By late 1971 the Avalon Garden and the Inglewood Crips had joined forces with the other sets and began to engage in warfare with opposing sets. They began to expand to non-Crip gang territories controlled by gangs including The L.A. Brims, a powerful street gang, beginning in 1969 on the Westside. The Crips targeted these gangs because they were not Crips, which made them a main target for Crip sets to attack. Several gangs eventually became part of the Bloods family, including the Bishops and Athens Park boys. The Denver Lanes also had conflicts with the Crips, but were outnumbered and eventually became unknown in California for some time. The Piru Street Boys who presented a powerful force in Compton, actually collaborated with the Crips prior to 1972, as the Crips had affected the Piru neighborhoods. For a short time the Pirus were known as the Piru Street Crips, and they also wore the traditional blue rags (bandana) and blue Chucks (sneakers) as part of their attire.

During the summer of 1972 the Crips and the Pirus had a conflict and warfare ensued. The Pirus, like other northern gangs, were outnumbered and the Crips prevailed. The Pirus wanted to terminate peaceful relations with the Crips, so they turned to the Lueders Park Hustlers for assistance. The Lueders Park Hustlers agreed and a meeting was called on Piru Street. The Pirus also invited every gang targeted by Crips sets to join the meeting. The Crips had murdered an L.A.Brim member earlier that year, so the Brims attended the meeting, as well. Others that attended were the Denver Lanes and the Bishops. At the meeting, the groups discussed how to combat Crips intimidation, along with the creation of a new alliance to counter the Crips. At that time the color of bandanas was not important, but since the Crips were known to wear blue bandanas, the Pirus and the other groups decided to discontinue the wearing of blue bandanas. They decided to take on the wearing of an opposite color, red, and created a united organization which later became known as the Bloods. The Pirus, Brims, Athens Park Boys, and Pueblos decided to unite with the Bloods, and soon after, other gangs who had been threatened or attacked by Crips joined the Bloods. Contrary to popular belief, real Bloods do not represent any People Nation 5 point star and are not part of the People Nation Alliance, though Bloods consider them to be allies adapting some customs. The confusion of Bloods representing the People Nation’s 5 point star started on the internet with unknown persons creating various fictional “Blood Books of Knowledge” which consist of mixing Blood history and People Nation history, symbols, and literature (lit) together. These fictional “Books of Knowledge” spread rapidly throughout the internet and eventually into the streets with wanna-be’s taking these books serious and being mislead. There are, however, legit Bloods who use the terms “5 popping”, “We ride the 5", and who replace the letter “S” with a “5", but when a Blood uses the number 5 it simply symbolizes the number of letters in the word B.L.O.O.D. So when a Blood calls himself “5" he is infact simply reffering to himself as “BLOOD”. This use of the number 5 may have also lead the the confusion of Bloods representing the People Nation's 5 point star. This misrepresentation of the Bloods and the number 5 has largely affected Bloods in the South, East Coast, and some parts of the Midwest. This widespread miseducation of the Bloods has lead to a recent major outreach by west coast Bloods to all Bloods across the country to let them know that Bloods do not represent the People Nation of Chicago and do not represent any form of a 5 point star. This outreach has been making a major impact on Bloods in the South, East, and Midwest who have all been dropping all use of anything related to the People Nation and a 5 point star and are all steady getting back to their roots.

Blood sets have a loose structure of ranks based on how long a person has been banging for their particular hood and how much work they put in for the hood. Their rank structure is as follows:

These ranks don’t signify leadership or dominance over anybody else in the set, they just signify respect for those who have been in the hood longer, put in more work for the hood, and have survived the longest. This means that Bloods with higher rank don’t give out orders or call shots over those with lower rank. Bloods with higher rank are respectfully reffered to as “Big Homies” by Bloods with lower rank (they also refer to each other as Relatives). Once a person has joined a Blood set, it’s for life… meaning you can not leave the set or flip (switch) to another set.