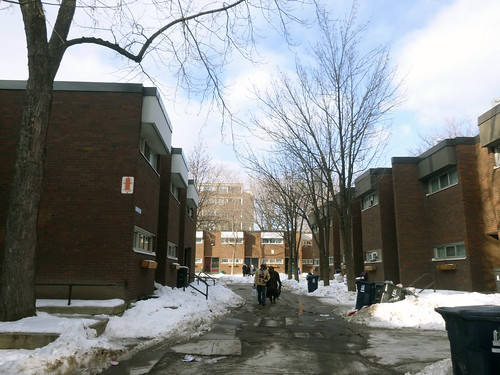 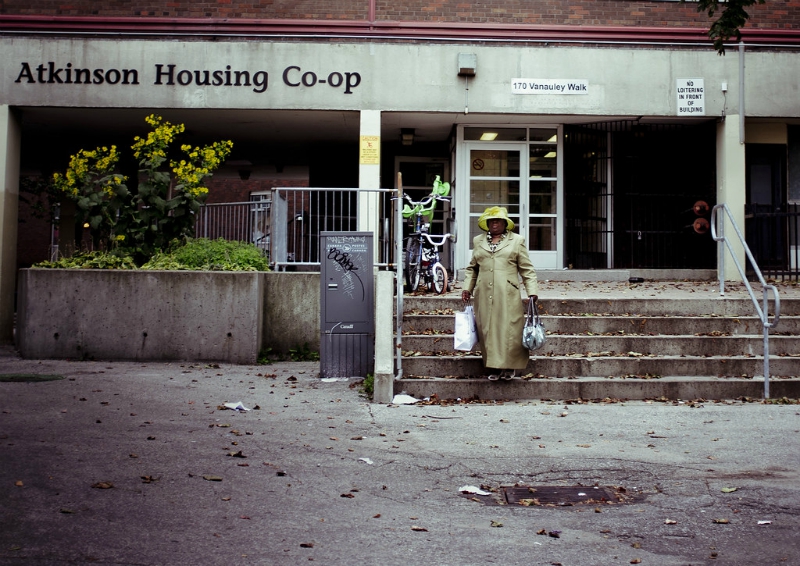 The Atkinson Housing Co-operative (aka the P.O.) is a geared to income community west of the downtown core of Toronto, Ontario, Canada and has the distinction of being the first public housing conversion in Canada [1]. The residents of Alexandra Park converted their community from a government housing project into a non-profit housing co-operative. The conversion of the Alexandra Park public housing project into the Atkinson Housing Co-operative took place from 1992 to 2003. The new co-operative represented an attempt to increase resident participation in the management of their housing community. The co-op was named after Sonny Atkinson, a long time president of the Alexandra Park Residents’ Association (APRA). It was Sonny Atkinson who led the Alexandra Park residents as they began the process of converting from public housing to co-op housing. There are 147 apartments in two buildings and 263 town homes covering an 18 acres site. Vanauley Walk is the main walkway in the heart of the Atkinson Housing Co-op and houses most of its residence. It is located west of Toronto's downtown core on the southern portion of Dundas Street West, between Spadina Avenue and Bathurst street. Racial tensions during the late 1970's and early 1980's between new immigrants and established immigrants, along with the emergence of marauding groups of teens from other neighborhoods and the introduction of crack cocaine on Toronto's downtown streets, gave birth to a group of African Canadians calling themselves the Project Originals, which later developed into an infamous street gang aligned with the Bloods (the gang also gave Alexandra Park its moniker; the P.O.). This community's close proximity to numerous half way houses, homeless shelters and youth drop-in shelters at one time made Alexandra Park a haven for crime, but it has since seen a dramatic reduction in violent robberies and property damage. This welcomed occurrence was made possible thanks in part to a hard-line stance by 14 Division to crackdown on the proliferation of narcotics and shootings attaining to gang activity within the community, but more so by a collective stance by the community itself to take responsibility and ownership of their own neighborhood and its youths. 60% of Atkinson Co-op residents are immigrants with only 32% over the age of 15 having a post-secondary certificate, diploma or degree. Although drug dealing and gang shootouts are still a harsh reality in the neighborhood til this day, the frequency of such occurrences are few and far between. The Atkinson Housing Co-operative is believed to be the birthplace and turf of both the Project Originals and Asian Assassinz gang. 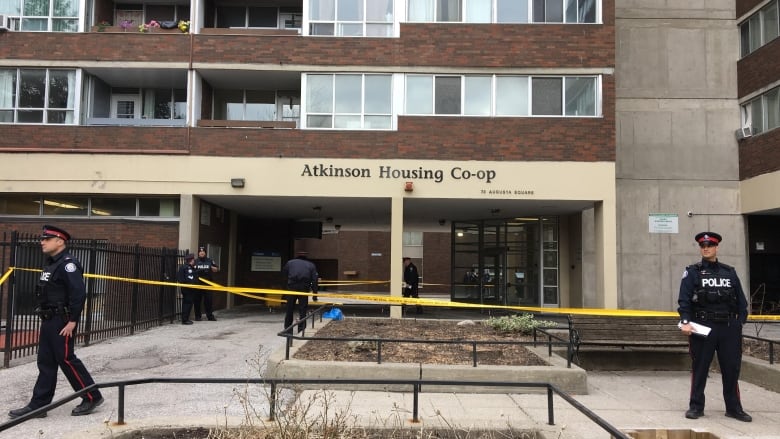 One Dead, One Injured in Alexandra Park Shooting.

Man Shot in Both Legs in Vanauley Walk

Family Seeks Emergency Shelter After Thugs Shoot Up Their House

The Robin Hood Of Alexandra Park

One Man Stabbed & One Man Hurt around Vanauley Walk