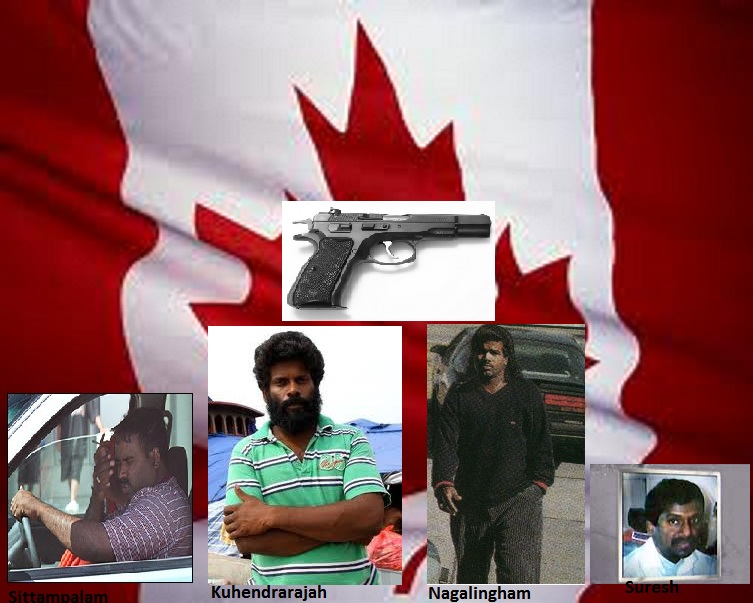 Named after its weapon of choice, the AK-47 assault rifle, the AK Kannan was a criminal organization formed in Silver Springs, Toronto by Sri Lankan immigrants who came to Canada in the 1980s, according to an RCMP report. During the 1990's, the AK Kannan were revered as a deadly and sizable force in Toronto's east end and was considered a serious criminal and international threat by authorities. This gang, made up almost entirely of Sri Lankan or Tamil members, had a bloody battle with its rivals, the VVT, over territorial rights in the brown heroin trade during the mid to late 90's. The ruthless battles were carried out in the streets of Toronto; most notably the two assassination attempts on the leader of the AK Kannan (once on the Don Valley Parkway off-ramp [1] and the other near his home in the Brimley road' and Lawrence Ave. East area). Jothiravi Sittampalam, alleged leader of the AK Kannan and a sworn enemy of the Liberation Tigers of Tamil Eelam (aka the Tamil Tigers), was jailed for frauds and narcotic trafficking. Police claim Sittampalam established the AK Kannan as a formidable criminal threat by 1992 after influencing First generation Tamil youths already in Toronto who were being increasingly involved in racially motivated attacks perpetrated mainly by Caucasian and African Canadian youths of Caribbean descent. The AK Kannan was viewed as a powerful force by Sri Lankan youths in Scarborough looking for a powerful identity to relate to. In the fall of 2001, the Toronto police conducted Project 1050 to outlaw the outfits, thus resulting in arrest and deportation of its top members. Without having an active leader in place and the constant harassment from the police/RCMP/immigration the other older members disbanded the AK Kannan and moved on with their lives. Today, the gangs' name-sake is represented by the sub group known as the Silver Boys. 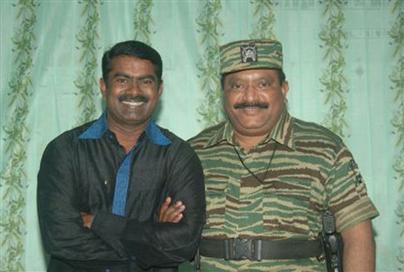 Ex-AK Kingpin Given Second Chance to Stay in Canada