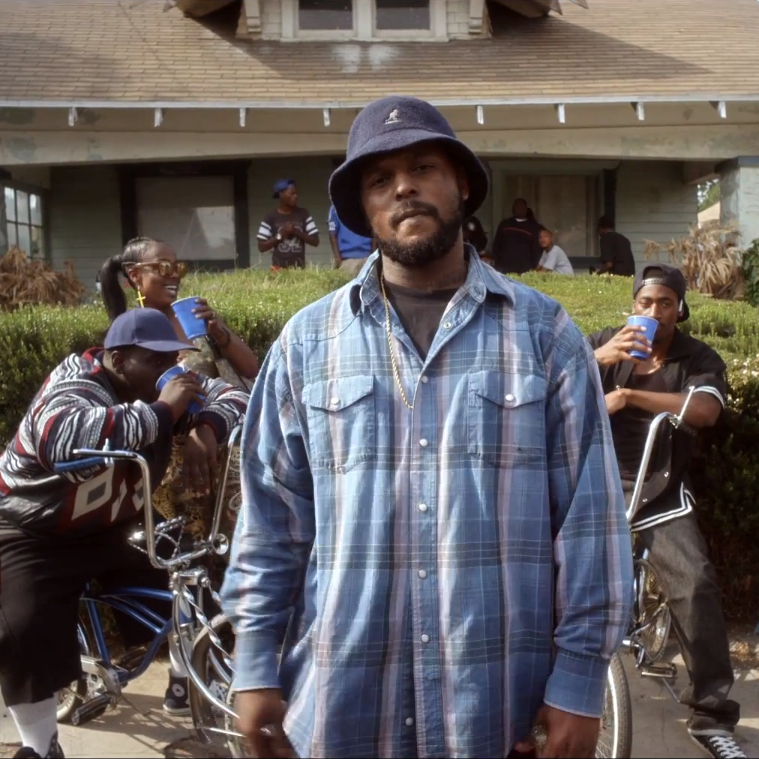 The West Side (W/S) 52 Hoover Gangster Crips (or "5-Deuce" Hoover Gangster Crips") are an active and long standing African-American street gang founded in the western region of South Los Angeles, California. They originated around 52nd Street and Hoover Street, between Vermont Avenue and Figueroa Avenue during the 1970s. Also known as "The Young Hoggs", the 52 Hoovers are a sub-set of the larger Hoover Criminals umbrella gang. Throughout the 1980s, this gang, along with the 74 Hoover Criminals Gang, were key players in the drug trade business, operating drug houses across South Central, Los Angeles which Authorities estimated were earning them as much as $500,000 to $1 million dollars annually at the time [1]. The 52 Hoovers are the only Hoover Criminals set still identifying themselves as "Crips", retaining their Gangster Crip identity by maintaining their close relationship with the Eight Tray Gangster Crips, 51 Trouble Gangster Crips (known as the "51-2" or "51-Deuce" alliance) and other adjacent Tray (3x) gangs who share common enemies with The Hoovers. Members of the 52 Hoover Crips still sport traditional blue apparel associated with the Crips along with orange to represent their Hoover Criminals connection. They have been linked with other Tray(3x) gangs such as the Eight Tray Gangster Crips, 51 Trouble Gangster Crips, the 52 Broadway Gangster Crips to the east as well as the 53 Avalon Gangster Crips. They are rivals of all Rollin 0s and Neighbor Hood Crip gangs, in particular the Rollin 30s Harlem Crips, Rollin 40s Neighborhood Crips, Rollin 50s Neighborhood Crips, Rollin 60s Neighborhood Crips, 46 Neighbor Hood Crips, 48 Neighbor Hood Crips, 67 Neighbor Hood Crips, the 59 East Coast Crips and the 65 Menlo Crips. Like all other Hoover sets, the 52 Hoovers are rivals of the LA Denver Lane Bloods, but their fiercest Blood rivalries are with the Fruit Town Brims, Van Ness Gangster Brims and the Harvard Park Brims. By the late 1980s, the Five-Deuce Hoover Crips had over 1,000 active members on the streets of South Los Angeles. Although their numbers are not as large today, they are still considered a serious criminal threat due to their brutal nature.