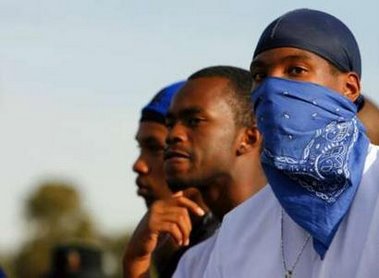 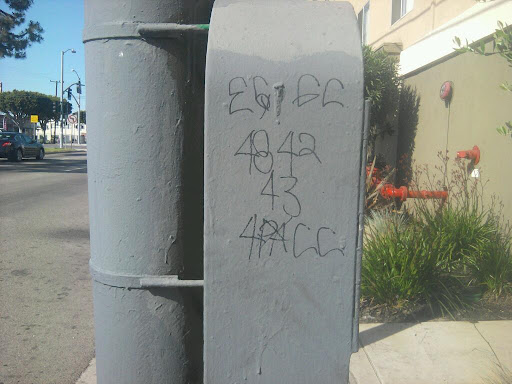 East Side Gangster Crips (The letter 'S' in "East Side" is crossed out to show disrespect to all Sureños gangs). Below it, 48, 42 and 43 Gangster Crips, also known as the "4 Pacc". Illustrating the close alliance between these 3 gangs.