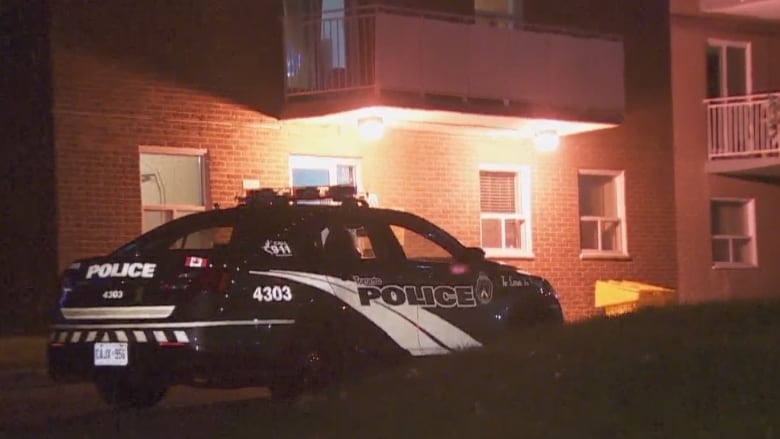 The 400 Crew is an African Canadian street gang which takes its name from its place of origin: 400 McCowan Road; a TCHC owned building in the McCowan Road and Eglinton Ave. East area in the east Toronto suburb of Scarborough, Ontario, Canada. Police alleged this gang is cliqued up with the MNE Crew and together were involved in the trafficking of guns and drugs well beyond their respective neighbourhoods and into the rest of the city of Toronto and the province of Ontario. Although the core members of this gang are first generation African-Canadians of Caribbean descent, many of its associates come from a variety of ethnic backgrounds. Police also allege the 400 Crew were responsible for many violent confrontations involving firearms around the city of Toronto. Although police label youths from this area as a 'criminal organization', workers and area residents admittedly deny the existence of this gang and claim the police are spreading a large brush labeling area youths as gang members, rather than recognizing a small group of individuals committing indictable offenses. On April 1, 2009, Police arrested about 125 people in total and arrested members of both the 400 Crew and MNE Crew in a co-ordinated large scale raid dubbed Project Fusion that also identified a third international criminal organization with roots in Jamaica called the Shower Posse who Authorities alleged supplied the two street gangs with weapons and narcotics [1]. As of the late 2000s, the crew is now defunct.